Crohn’s disease is one of the most common inflammatory bowel diseases that people are afflicted by in the United States. This disease causes significant inflammation in a person’s digestive tract. As you can imagine, the inflammation often results in severe pain, as well as fatigue and malnutrition.

All of this being said, Crohn’s disease is extremely complex. Below, we’re going to tell you everything you need to know about Chrohn’s.

What is Crohn’s Disease?

We already mentioned that Crohn’s disease is an inflammatory disorder. It should be noted that, most often, Crohn’s does spread to other areas of the digestive tract and can be found deep within the layers of the bowel.

With Crohn’s, any part of your bowel or intestines can be impacted. Since it often prevents your body from digesting or absorbing nutrients, many also suffer from malnutrition and subsequent, life-threatening diseases or illnesses.

A frightening component of Crohn’s is that there is no cure. Some therapies have been proven to alleviate stress and reduce inflammation. However, those who live with Crohn’s disease will likely suffer from it for the rest of their lives.

Now that you know what Crohn’s disease is, you should probably know how to identify the various signs and symptoms that can surface in those afflicted by it.

Remember that these symptoms can be mild, moderate, or severe, and not everyone who has Crohn’s disease will suffer from the same symptoms. There will even be times when those living with Crohn’s don’t show any symptoms at all.

Here is a list of the symptoms and complications that people with Crohn’s can experience:

Should you see a doctor?

If you’re experiencing painful bowel movements or overall issues with your digestive tract, you may be thinking of going to the doctor. Of course, you likely don’t want to make unnecessary trips to the hospital, which is why we’ve compiled a list of signs and symptoms of Crohn’s that warrant a trip to the hospital or your doctor.

While Crohn’s disease has been studied for a long time, there are no unknown causes of it to date. We know that the disease may be hereditary and that disease could trigger it once the virus invades the immune system; however, these are just theories.

There are also several risk factors including, but not exclusive to:

Crohn’s disease is a painful, incurable, and long-term disease that affects many. Beyond common signs and symptoms, not much is known about Crohn’s. If you’re experiencing inflammation or pain, you may want to consider contacting a doctor to rule out Crohn’s. 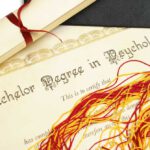 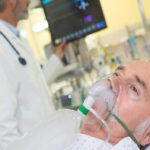