These days, sportspersons are not afraid of coming out to reveal their sexual identity. Some of the older sportspersons feel it is an obligation to encourage younger LGBT sportspersons to let them know they can fulfill their dreams.

These lesbian sportswomen are found in all sports ranging from soccer to tennis, basketball, and they use their stories to advocate for LGBT rights, which inspires lots of fans around the world.

Some openly lesbian female sportswomen have competed at Global sporting events like the Olympics and the World cup. And a minute number of the most popular lesbian sportswomen were the progenitors in the LGBTQ crusade.

Below is a list of some popular lesbian sportswomen you should know:

During her interview with Out Magazine, the 27-year-old U.S. Olympic soccer star talked concerning her sexuality. She mentioned that as a lesbian, she was in a committed relationship with a lady. Rapinoe boldly told Jerry Portwood, who represented the Out Magazine, that no one has ever asked her directly.

Rapionoe felt that most people were trying to respect her, and it’s her obligation to reveal her sexuality. Rapinoe’s girlfriend of three years is an Australian soccer player who has been identified in a magazine a couple of times.

Rapinoe took ample time to discuss homophobia in sports and the perspective of female sportswomen on the topic. She stated that she felt sportspersons were still homophobic. And she cited that in female sports, it is easy for the whole team to know if you are gay or not, and they support one another.

She, however, revealed that, sadly, for males, it was not the same.

Sometimes back, WNBA superstar Elena Delle Donne mentioned in an interview she granted Vogue magazine that she was engaged to her girlfriend, Amanda Clifton. She said the interviewers spent some days with her and her fiancée; then, she further mentioned that Amanda was an integral part of her life.

Chicago Sky’s MVP, Delle Donne, said that it would have been inappropriate to leave her girlfriend out of the interview because they have been together for a long time. And people who knew them are aware of their relationship.

For Sarah Vaillancourt, who hailed from Quebec, the Canadian hockey champion mentioned that she resolved to reveal her sexual orientation at Harvard University as a freshman. According to The Seattle Times, she felt unbothered if they would accept her on the team.

Abby once revealed that she grew up in a mildly conservative family. She admitted being a recipient of her mother and her family’s love. Then, she also mentioned how people showed prejudice towards her because of her sexual orientation. She cited how it was a difficult phase for her growing up and all through her career. And this was because she just needed genuine love.

Brittney Griner’s talent in basketball elevated her to the pinnacle of the sport. She started by lifting her college team to victory during the national championship. And she became Phoenix Mercury’s first pick during the 2013 WNBA draft.

However, due to her sexual orientation as a gat woman, she was not comfortable with one of the rules at her Christian college, which stood against LGBT individuals. She once mentioned that she wished to be in the capacity to reverse the school’s policy (Baylor).

She mentioned that for LGBT issues to become conventionally accepted, there was a need to bring up the topic in society and make it a conversation.

The pretty Norwegian cross-country skier came into full limelight during the 2002 Olympics at Salt Lake City, where she triumphed with an 8th-place win in the 30km.

In 2008, while granting an interview to popular Norwegian magazine, See and Hear, Vibeke mentioned she was gay. She stated that it was challenging having to discover all about herself because, at times, she was not honest with her feelings.

Then she mentioned that she would not mind living anywhere as long as it was with her girlfriend.

According to Seimone Augustus, she knew she was gay when she got to middle school. She mentioned that guys were not her thing. Although she appreciated them, the desire had never been there. Then, she revealed that she shared a firmer intimate relationship with women. And even in high school, she had her first kiss with a girl.

Augustus said the decision for her to remain gay was comfortable, and she was glad she stayed with it.

Cahow is in the U.S women national ice hockey team, with whom she won a silver medal as a defenseman during the 2010 winter Olympics. At first, she was a figure skater on ice; later on, she became interested in hockey, and she began competing with boys in various leagues at a very young age.

Cahow mentioned that coming out about her sexuality was not a problem or her. She knew when her hockey career was over, and she discovered that she could provide help to more people. Her decision was also majorly informed by a couple of Russian LGBT policies that the world was adopting. Also, her honest interaction with several young athletes motivated her to be an LGBT advocator.

In 1981, Martina Navratilova, the Czech tennis champion born in Prague, revealed her identity as a bisexual. According to ESPN, she is noted for broadening the discussion on sexuality and gender in sports.

Based on records, Martina Navratilova was the first authentic superstar who revealed her sexual orientation. The executive director of the popular foundation, the Women’s Sports Foundation, mentioned that Martina defied the regular narrative by mentioning that her sexual orientation was not connected to her life as a tennis star.

Billie Jean King suffered an unfortunate event in 1981 when her erstwhile female partner sued her for palimony. During this period, Billie Jean King almost lost all her brand endorsement. However, it did not affect her career, which she was forced to take a break from during the Tennis Pro 1981 due to the court case.

In 2000, Billie was the first known lesbian to coach an Olympic tennis team.

Jones, who is a notable pro golfer, having won 13 events in her career of 21 years, revealed her sexual orientation to the New York Times editorial in 2004. Jones mentioned that her sponsor, Olivia, was one of the world’s biggest and esteemed companies that cared for Gay travelers. And she cited that it was the first time the company would sponsor a lesbian professional athlete.

Ilana Kloss, who is currently the commissioner of World Team Tennis, has also been Billie Jean King’s partner for 20 years. Kloss also gives credits to King for motivating her to pursue her sporting career.

Kloss revealed that she could practice tennis with King during her stay in South Africa when she was 11 years.

The erstwhile Number one tennis player was the first lesbian to come out open since Martina Navratilova. During the Australian Open finals in 1999, the Frenchwoman seized the chance to reveal her sexuality to the national press. She highlighted this by embracing her girlfriend tightly.

Amelie is a two-time winner of the grand slam singles, having won Wimbledon and Australian Open in 2006. Also, she holds a silver medal during the 2004 summer Olympic games in Athens.

Sheryl Swoopes, a three-time MVP, was the first female player signed to the WNBA during its inception. Also, she was among the first set of top athletes to openly reveal their sexuality. 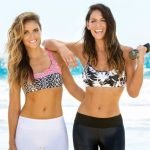