Will you be eager to try any of these creepy travel trends?

Lately, Death Valley has been home to several travelers moving across. Some of these travelers are searching for an entirely new type of adventure. Some of the world’s hottest temperatures have been recorded in Death Valley, and several individuals from various parts of the world come to assess their resistance.

Fans of Harry Potter, Game of Thrones, Lord of the Rings, and Star Wars are making a tour to the places where their favorite series or movies were cast. Since King’s Landing in Game of Thrones was aired, Dubrovnik in Croatia has witnessed many tourists.

Interestingly, New Zealand has special tours for Lord of the Rings fans where all the significant scenes can be visited. And this trend is rising at a fast rate.

This new tour trend involves visiting spiritual sites of Gods and scenes of miracles. It also involves attending major festivals and visiting fertility shamans. In Japan, there is the “Penis Festival” where people who need children go to seek answers.

Some tourists visit some places in the world where they sell and serve potentially fatal meals. Some of these harmful foods include the Fermented fish in Norway and the lethal pufferfish in Asia. Also, Jamaica has witnessed an increase in individuals who want to taste the deadly ackee fruit.

You will be surprised to hear that some people go on space tourism. And this can be because of Richard Branson’s advancement in commercial spacecraft, similar to the Star Wars movies. Space tourism is becoming more popular than ever. 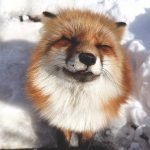 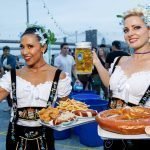